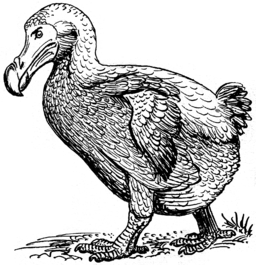 History is full of winners and losers, and it’s particularly obvious when dealing with technology. Take video recording, for example. Does anybody remember Betamax? I remember borrowing video cassettes when I was a kid – the shop had lots and lots of VHS tapes, and tiny little section for Betamax. Pretty  soon you couldn’t get Betamax at all (although if you really tried, apparently you could – as Sony only stopped making them this year). I did hear that Betamax was actually better technology – it just didn’t take off. Now, of course, the VHS has been replaced by DVD, and the last manufacturer of VHS tape players stopped making them.

E-books are an example of a technology that was somewhat slow to take off until Amazon brought out the first Kindle device. As a person who started reading e-books on a PDA with a battery life about an hour and a half, I desperately wanted a Kindle when they first went on the market – but unfortunately, I couldn’t have one because they were only on sale in the USA. Now, they are everywhere – and I’ve said before that I think they will eventually completely replace mass-market paperbacks. The market for paper books will probably continue, but only for presentation and collectors’ editions.

But the advent of e-books also brought with it additional sub- technologies. When e-books first became available, there was an assumption that the time of a book as being simply words on a page – whether that page was electronic or paper – were drawing to a close. Books would be enriched with audio, and video, and probably a bunch of other enrichments too.  And that is what the company Booktrack thought too: they develop soundtracks for books that include background music and sound effects, just like a film. The technology never really took off, and possibly one reason was because the only way to listen to the soundtrack with via their app.  Another reason may have been that in the early days, most people were reading on dedicated e-Ink book reading devices, which may not have had audio capability. Now that more people are reading on smartphones, this raises the possibility that Booktrack were simply ahead of their time – were they to start up now, would they do better?  Since they are still going, will they manage to popularise their technology? Or will it die, a technology that simply did not fill a need? It happens: look at the Google Glass. While in the abstract, it’s kind of cool to think of having your own heads up display, in reality it probably makes you feel a bit silly, not to mention getting you thrown out of restaurants. I expect the Google Glass will make a reappearance, but probably aimed at security services rather than the general consumer.

At the other end of the scale, you have Pokémon Go. A game that involves people walking around in the real world, looking for imaginary monsters. Most people stop doing that at about the age of five. Yet, it’s become a global craze. People are getting mugged, falling over cliffs, and crashing their cars because they are paying more attention to hunting Pokémon than to the real world around them. Who would have guessed that the game would take off to such an extent?

It makes me glad that I’m a writer.  No matter what the technology – whether audio or visual, dead tree or electronic – people will always want stories. The way in which they consume those stories might change, but the story’s the thing.